How disarmament and arms control contribute to sustainable development

How disarmament and arms control contribute to sustainable development 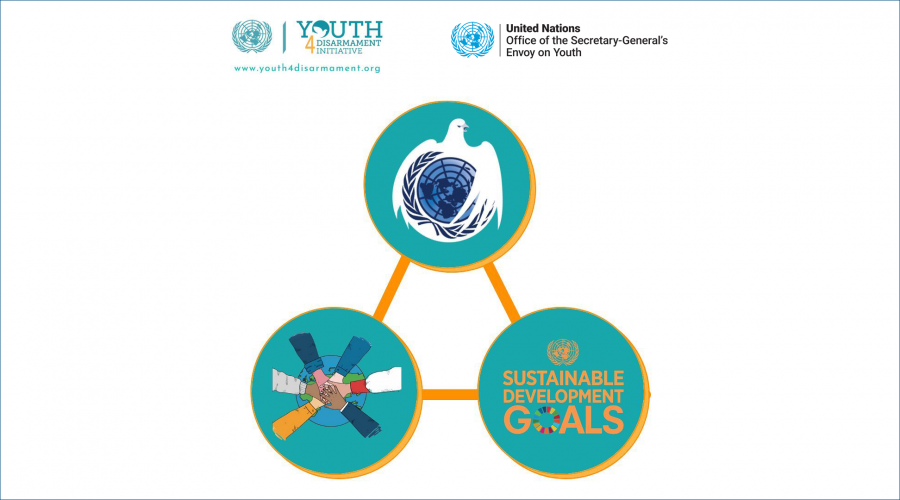 Tuesday, March 23rd, will mark the 1-year anniversary of UN Secretary-General António Guterres’ appeal for a global ceasefire. This presents a moment to take stock of where we are and what is needed to promote peace, security and development and a better world for all.

In that spirit, young leaders for the UN’s Sustainable Development Goals and young peacebuilders from around the world will gather for a Disarmament, Non-proliferation and Arms Control (DNA) Workshop on Development organized by the #Youth4Disarmament Initiative in collaboration with the Office of the UN Secretary-General’s Envoy on Youth. This workshop will focus specifically on how we can strengthen partnerships and empower youth in order to attain the UN’s Sustainable Development Goals (SDGs) and how the #Youth4Disarmament can support Young Leaders for the SDGs throughout their term.

See below for more information.

The United Nations Charter recognizes as a principle “the least diversion to armaments of the world’s economic and human resources”. It is a decades-old understanding, shared by all governments, of the interaction between arms regulation and development.

Now, there is a plan in place to put this principle into practice. The historic 2030 Agenda for Sustainable Development places disarmament, arms regulation, peace and security squarely within the scope of development policies. Goal 16—focusing on promoting peaceful societies, providing access to justice, and building effective institutions—underlines the need to significantly reduce illicit arms flows.

Adequate arms regulation is also deeply relevant for successfully reaching other Goals, from gender equality to safe and sustainable cities, from economic growth to quality education.

At a Glance: Disarmament and Arms Regulation in the 2030 Agenda for Sustainable Development

Disarmament, non-proliferation and arms control play a vital role in preventing conflict, and in forging and sustaining peace.

Target 16.1
Disarmament and arms regulation contribute to reducing deaths from armed violence by prohibiting and restricting the use of certain types of weapons and by establishing effective controls of arms and ammunition.

Target 16.6
Participation in military transparency and confidence-building measures, such as reporting on military spending and on arms imports and exports, promote accountability of national institutions and can foster cross-border dialogue and trustbuilding.

Target 16.a
Strengthening the institutional capacities of States to better control arms and ammunition and to engage in military confidence-building measures help prevent conflict, violence, terrorism and crime.

Armed violence is among the leading causes of premature death, and it victimizes even more people by spreading injuries, disability, psychological distress and disease. Disarmament and arms control reduce the impact of conflict on human health.

Limiting the proliferation and uncontrolled circulation of weapons in communities contributes to safe and non-violent learning environments for all.

Men and women are affected differently by the proliferation and use of weapons. Young men are overwhelmingly responsible for the misuse of small arms. While men make up most direct casualties, women are more frequently victims of genderbased violence that small arms facilitate. Regulating arms and ammunition can reduce violence against women and girls in both public and private spheres.

Empowering women and ensuring their equal and meaningful participation in disarmament and arms control decision-making processes can lead to more inclusive, effective and sustainable policy outcomes.

Excessive military spending harms economic growth and can produce undesirable social and political consequences. Reducing military budgets can reduce the negative effects of this spending on economic and social development.

Stemming the proliferation and easy availability of arms can counter the recruitment and use of child soldiers. Opportunities to build decent livelihoods can attract young men away from armed groups or gangs.

Measures for disarmament can reduce military expenditures and redirect public resources/spending towards social and economic initiatives that can contribute to greater equality.

Effective ammunition management mitigates the risk of storage depots accidentally exploding in populated areas. These explosions, when they occur, are humanitarian disasters that lead to death, injury, economic loss, displacement and destruction of infrastructure and private property

Contamination from remnants of war and the testing and use of nuclear, chemical and biological weapons have disastrous environmental consequences. Disarmament and arms regulation reduce the impact of weapons on the environment.

Goal 17: Partnerships for the Goals

Mobilizing sufficient resources in support of disarmament and arms regulation is critical to achieving the 2030 Agenda for Sustainable Development.

Increased availability of high-quality, timely, disaggregated and reliable arms-related data can inform discussions about the relationship between disarmament, development, peace and security, leading to better decisions and policies.