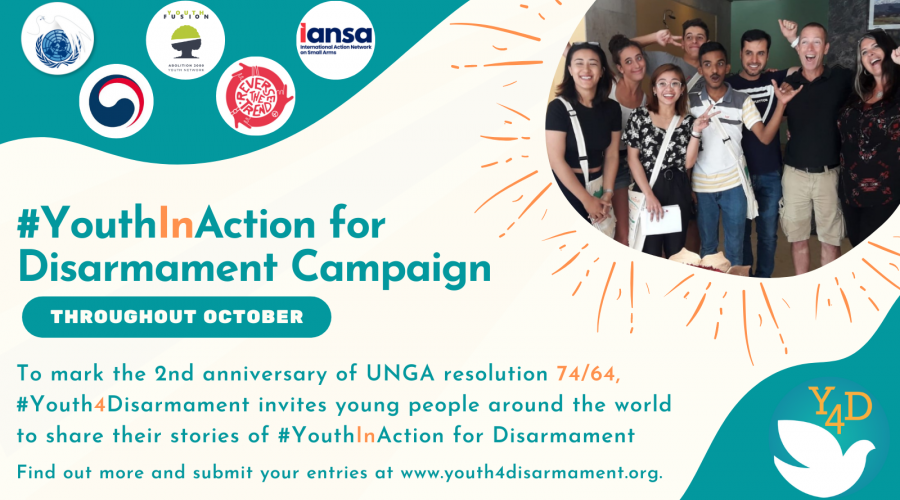 To mark the 2nd anniversary of UN resolution 74/64, the first on Youth, Disarmament and Non-Proliferation, the #Youth4Disarmament initiative has launched the #YouthInAction for Disarmament Campaign with support from collaborating partners the Permanent Mission of the Republic of Korea to the United Nations, Reverse the Trend, Youth Fusion, and the International Action Network on Small Arms (IANSA).

To participate, young people from across the globe are invited to share an image, short video and a few short sentences to showcase their activities, efforts, and projects contributing to disarmament & non-proliferation from 2019 onwards.

Participants can submit one entry to the campaign. The submission can consist of a combination of images, videos, emojis, and sentences or one of the options.

The #YouthInAction for Disarmament Campaign will run throughout the month of October, closing for submissions on 30 October 2021, on the last day of Disarmament Week.

Using visual assets, the campaign aims to engage and educate young people on resolution 74/64 and its focus on providing opportunities for youth to meaningfully participate in the disarmament field.

Information is also available to read in Spanish.